Postcards from the Past, Pt. 1 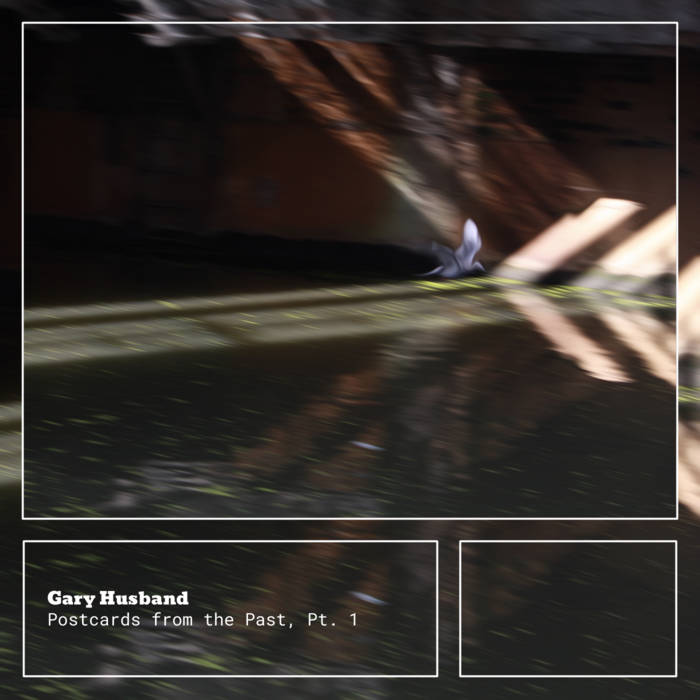 Throughout my career so far I have striven to try and reflect different, varying facets of beauty in different ways through my own music. It’s all part of the same thing, and these areas of expression are just as much a part of me as the wilder improvising, the drumming etc.
Since I recently came across a good many of my older efforts from the past - much more in this way, involving more melody, atmosphere, romanticism and tenderness - I thought I would expand on my catalogue here by collating a new release consisting of a selection of them. Many were demos and audio documentation of various aspirations from along the years that still resonate with me today. I hope you enjoy them.

Musical impressions from a memorable trip to Iceland back in 2016.

Song For My Father was a piece I used to perform on piano with Paul Williams (who had written the lyrics) on many of Allan Holdsworth IOU’s first shows in America. It’s (amazingly) remembered by many to this day. Around the time of Allan’s Metal Fatigue album recording sessions (I guess around 1983) this was elected to be the final track of the album, following The Unmerry-Go-Round. Paul and I recorded a single take at Music Grinder Studios in LA a day or so after recording of the aforementioned long electric piece. You hear the space left for Allan’s intended acoustic guitar solo which then gives way to the piano solo. Sometime afterwards, Allan evidently had a change of mind about it’s inclusion, and when I heard the full finished album there was a new song track called In The Mystery in it’s place! So this was never heard.
I thought it a nice idea to try and have it restored best as possible and feature the original rough mix cassette of it, partly as a tribute to Paul too, who delivered such a thoroughly emotive performance on it.

Around 2002 I was approached to make a film teaming up with my dear old friends Michael and Mark Mondesir, and together an DVD entitled To The Power Of Three transpired out of it. Since the DVD was deleted many moons ago I decided to include this little memento from it here. It’s a little adventure I devised on the theme of the tune the great sax player Bill Evans brought to Miles Davis. (Mark and I actually went on to play this arrangement with the very first formation of John McLaughlin’s 4th Dimension back in 2007.) Anyway, this little performance had something, and I still enjoy listening to Mike and Mark’s giant understated groove on it. So here it is.

Another little piece from many years ago, recorded along with my dear friend Sam Burgess in London. Out of a series of material we had attempted, intending to bring about emotive moods, this one kind of stayed with me.

A little ‘thank you gift’ in the form of a short composition to a new friend of ours in Saint-Jeannet - a village in the Alpes-Maritimes region in southeastern France. I guess my adoration and love of writers such as Johnny Mandel, Claus Ogerman and Michel Legrand emerging well to the fore here.

The demo version of a movement of the Stone Souls Suite that I wrote as part of the material for Gary Husband’s Force Majeure back in 2003. There’s occasionally something special about certain demos, however rough or basic! This particular one always had something for me!

07) Companion (For Steve Topping)
Gary Husband - Acoustic Guitars
Recorded in a bedroom on a cassette multitrack of the time, circa mid 1980s.

This is the only documentation of this rather simple little short-form piece I wrote for a dear old friend. I’m still rather fond of it.

I was always quite taken with the idea of creating unlikely settings for drum soloing. This was one example - a slow, quite “song like” 12/8 piece which gives way to a looped section over which drums take a developing solo. This version was only intended to ever be a demo, but since I still didn’t get around to developing it any further I thought to feature it here since I do have affection for this take, even in it’s rather “bare bones”, simple state.

Often I “see” essences very vividly, as well as hear them. I’ve always felt a propensity to produce music for films, and this is indicative I think of an area I would probably naturally be drawn to. Out of a good many put together ideas of old, this one seems to resonate with me. Hope you feel it too!

I’m no guitar player! But when you want to make a feeling out of something you find a way to get it! And I have no words to describe the feeling I get from trying to play that instrument. I just love and adore acoustic guitar! Always have.

This was a first attempt to demo a composition I had finished for acoustic classical guitar and (maybe eventually!) an orchestra. It was a Love Suite for my sweetheart dating back ... oh to 2001 or so. Only guitar could convey it, and nylon strings plucked with thumb at that!

It’s here as it’s not on any agenda list to do again in the immediate future. I hope you like it!